0 Comments
Tweet
Located near Targu Neamt in Neamt County, in the north-eastern part of Romania, the Neamt Citadel is one of the oldest and best restored medieval fortresses of the country, a fascinating place to visit if you are interested in the history of the Middle Ages on these teritories. Aside from the long, often violent and still not fully known history of the citadel, the place has given birth over the centuries to several local legends and myths that make it all the more interesting. 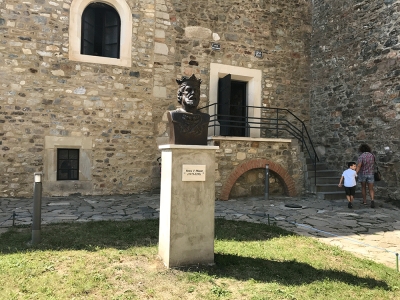 In the past the Neamt Citadel (also known as the Neamtului Citadel) was a key element in the fortified defense system which was built to protect the country of Moldova from the Turkish threat. Nowadays, after being restored and turned into a major tourist attraction in the region - perhaps the most important one - the Neamt Citadel is being visited every year by thousands of Romanians and foreign tourists. 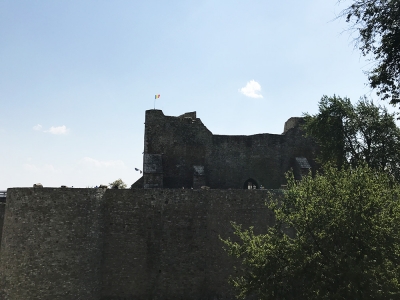 According to recent studies the Neamt Citadel was built during the last part of the 14th century, and from the very beginning the new structure was thought as a defense against the threats which were close to the borders of the country. Just one of soon to be many defensive structures, the citadel was in the beginning smaller than we can see today, but still for those medieval times it was an impressive and hard to conquer landmark. Some decades later, during the reign of legendary Moldavian ruler Stephen the Great, who understood better than most rulers the need for the country to be protected by a solid network of citadels and fortified cities against future Ottoman attacks. It was 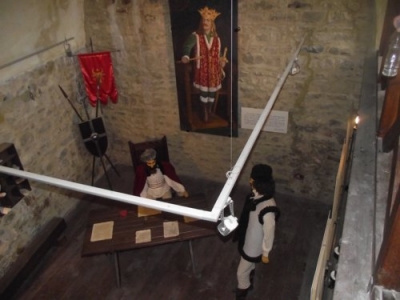 in 1475 - 1476 that the Neamt Citadel was expanded, strenghtened and the defense moat was made larger, while the only access way into the structure was a suspended bridge put over several stone pillars. For those times it was one of the most powerful and hard to conquer citadel, and over the next centuries it would be attacked several times. In 1476, for example, it was the target of a Turkish siege, which didn't manage to break the defense. Much later would also be sieged by Polish troups, and then the defenders surrendered.

Over the course of it's history the citadel would be a refuge and home for several Moldavian rulers, a fortress for the Polish forces, nearly destroyed in a fire, and until the 18th century would play a key-role in the defensive system of the region and of the whole country. It was during the time of Mihai Racovita that the citadel - among other defense structures - was abandoned and destroyed, and it wouldn't be long until there were only ruins which reminded of the glorious past of the former castle. Fortunatelly during the Romantic 19th century the Neamt Citadel was once again rediscovered by Romanian writers, painters and politicians, it became officially one of the very first historical monuments of the country and it seemed that a restoration was close by. But the very first restoration works begun one century later, in 1968, and it would be only in 2007 that a real campaign of rebuilding the citadel and turning it into a fascinating landmark began. 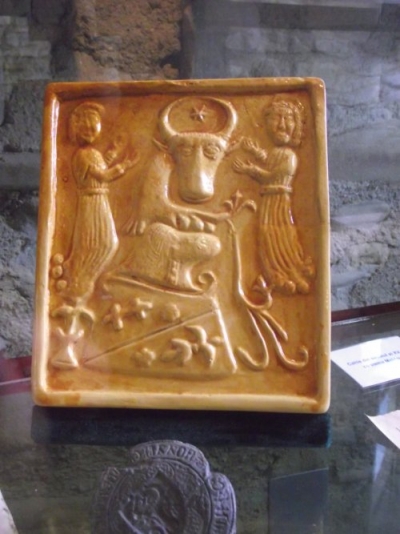 Nowadays the Neamt Citadel in Romania has been carefully restored to it's former glory. Most of the outer architecture - defensive structures, towers, the impressive suspended bridge -  as well as interior attractions such as the jail, the fountain, the small praying place and several other rooms are opened for the public. The end result is amazing, for not only it captures what we can surely assume to be the original atmosphere of the place, but offers the rare chance of seeing how a medieval citadel was on the inside, and we can imagine how the day by day life must have been. A splendid tourist attraction that you must not miss if you are in the region.

1. It is the second largest city in China, being surpassed only by Shanghai. While Beijing has about 19 million citizens, Shanghai has (according to the latest census) over 22 million people. Over ...

The Warley Museum. Maybe the Smallest One

There is a certain fascination for having a world record even when it comes to museums and collections. The largest body of work signed by a certain artist, the most valuable paintings, the oldest ...

Strange Laws From All Around the World

1. If you are a parent in California you ought to know that telling you kid not to play in puddles of water is against the law. Literally. 2. In Florence it is forbidden to eat or drink while either ...

Capri is a Mediterranean island of calcareous origin, it is a luxuriant and an extraordinary place with a mild climate. Over the centuries it has been visited by intellectuals, artsist, writers. They ...

Porto Santo Stefano is located in the municipality of Monte Argentario, in the Province of Grosseto, in the Tuscany region of Italy. It is situated in a picturesque bay and it is not only an important ...

The charming city of Innsbruck

Innsbruck, scenycally talking is a city squeezed between two mountain chains in the heart of the Alps. You can discover Innsbruck's past an history visiting the Imperial Palace, Ambras Palace, ...

Dubrovnik is a city on the Dalmatian Coast. It is an excellent starting point for exploring southern Adriatic coast primarily Elaphite islands, Korcula, Peljesac and Mljet. Once you visit and ...

If you want to travel, why not choose a destination like Romania. Why Prince Charles said that "Transylvania is in my blood". You want to know why ? Because is a gorgeous place, ...

New York is the most famous city in the United States of America and a leading global city, which has a great influence over commerce, finance, fashion, researche, education, culture, entertainment ...