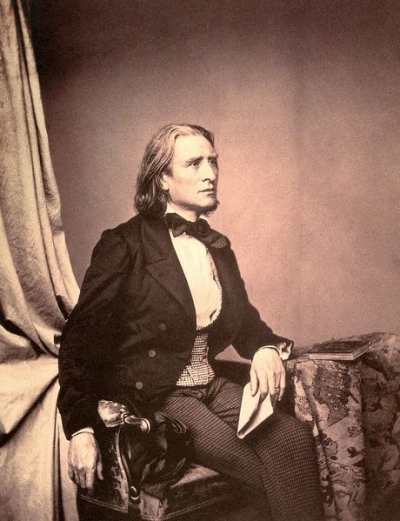 Franz Liszt was a Hungarian virtuoso pianist and composer. He studied and played at Vienna and Paris and for most of his early adulthood toured throughout Europe giving concerts. His virtuosity earned him approbations by composers and performers alike throughout Europe.

Liszt’s early career during the Romantic Period (c.1815-27) was a time of innovation and development. Pioneers such as Schubert, Hummel and Beethoven created new styles of composition which gave impetus to the rise of instrumental pianoforte music.

Until about 1770, pianos were ambiguous instruments, transitional in construction and uncertain in status. Makers were not yet specializing exclusively in their manufacture as there was yet but few players, composers and amateurs buying them. After 1770 the pace quickens as pianos enter a phase of rapid technical and commercial advance. These changes occurred after demands were made for greater tonal strength and brighter sounds.

By 1780 there were two main types of pianoforte, the English and the German/Viennese – both capable of further technological advance but also widely accommodating to composers at the time, such as Mozart, who composed many works specifically for the 1780 Viennese model.

He wrote several piano pieces and became known for a distinctive, sometimes experimental style. His program music included what were called "symphonic poems" and his interest in Gypsy culture influenced his many Hungarian Rhapsodies. He became increasingly religious as he got older and in the 1860s received orders from the Catholic Church. His great generosity with both time and money benefited the lives of many people: victims of disasters, orphans and the many students he taught for free. He also contributed to the L.v. Beethoven memorial fund.

The majority of Liszt's piano compositions reflect his advanced virtuosity; however he was a prolific composer, and wrote works at several levels of difficulty, some being accessible to intermediate- (and even beginner-) level pianists. Abschied (Farewell) and Nuages Gris are examples of this less virtuosic style, as are at least some of the six Consolations.

Franz Liszt fraternized with such noted composers of his time as Frédéric Chopin, Hector Berlioz, Robert Schumann, and Richard Wagner, the last of whom his daughter later married. He was very widely read in philosophy, art and literature and was on friendly terms with the painter Ingres and the authors Heine, Lamennais, H.C. Andersen, and Baudelaire, who addressed his prose poem "Le thyrse" to Liszt.