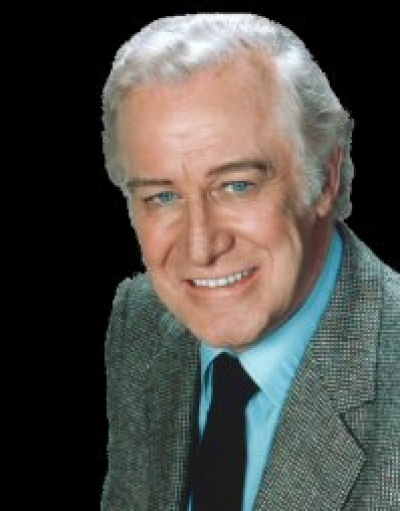 Born in Carrigaline, Cork, Ireland and educated by the Irish Christian Brothers, Mulhare intended to study medicine, but was sidetracked by a growing interest in acting. After acting in various Irish venues including The Gate Theatre in Dublin, he moved to London where he worked with Orson Welles and John Gielgud.

His first television appearance was in 1956 in a production of The Adventures of Robin Hood, but he is more well known for his starring roles in two television series, The Ghost and Mrs. Muir and as Devon Miles in Knight Rider, as well as many guest starring performances on other programs.

He also starred in a number of films in his career including Megaforce and Out to Sea. His final role was on Baywatch Nights alongside Knight Rider co-star David Hasselhoff in 1997.

Edward Mulhare died in Los Angeles of lung cancer in 1997; never married, he was survived by a brother.

Edward Mulhare was a wonderful, versatile actor, and he is sorely missed by his many American fans. Recently his biography was published but seems impossible to find! Does anyone out there know how to get "Captain Gregg's" biography? If you do, please let me know.

Foto: 1 Biography The popularity of Steven Seagal is a complicated subject; people are generally very partial in their opinion. His fans have called him "The Great One", and consider him ...