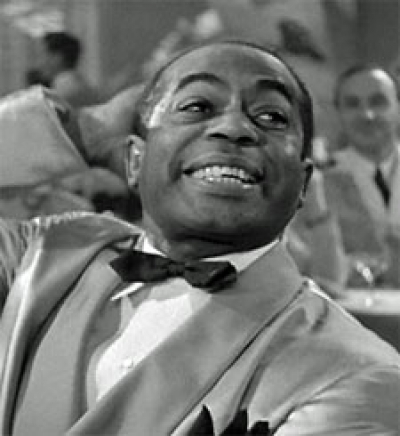 Wilson worked in black theatre in Chicago and New York from 1908 to the 1930s, in motion pictures and Broadway musicals from the 1930s to the 1950s and played Bill Jackson on the television situation comedy Beulah during its final 1952–1953 season.

He received the nickname "Dooley" while working in the Pekin Theatre in Chicago, circa 1908, because of his then-signature Irish song "Mr. Dooley," which he performed in whiteface.

His breakthrough Broadway appearance came in the role of Little Joe, a stereotypic lazy rascal in the musical Cabin in the Sky (1940–1941). He played Pompey, an escaped slave, in the musical Bloomer Girl (1946–1948). His performance of the song "The Eagle and Me" in this show was selected by Dwight Blocker Bowers for inclusion in a Smithsonian recordings compilation, American Musical Theatre.

Wilson appeared in over twenty motion pictures, but won immortality for his role as Sam in the 1942 film Casablanca. For his role, he was paid $350 a week for seven weeks. Sydney Greenstreet, in comparison, was paid $3750 a week.

Sam is a singer and pianist employed by nightclub owner Rick (Humphrey Bogart). The Herman Hupfield song "As Time Goes By" appears as a continuing musical and emotional motif throughout the film. Rick and Ilsa (Ingrid Bergman) regard it as "their song" and associate it with the days of their love affair in Paris. Because of their breakup and Ilsa's marriage to another, Rick has forbidden the song to be played in his club. When Ilsa appears in his nightclub she requests it and Sam acquiesces. Dooley Wilson gives a genial and warm rendition of the song. The performance is remembered for itself, as well as for its cinematic associations. The song makes Rick aware of Ilsa's presence and her continuing feelings for him. According to Aljean Harmetz, Variety singled him out for the effectiveness of the song and the Hollywood Reporter said he created "something joyous."

In a later scene, Rick sits in a darkened nightclub, alone except for Sam, drinking heavily and torturing himself by insisting that Sam repeatedly play the song, saying "You played it for her, you can play it for me... If she can stand it, I can! Play it!" This is the line often misquoted as "Play it again, Sam!"

In the film, Wilson as Sam performs several other songs for the cafe audience: "It Had To Be You", "Shine", and "Knock On Wood".

Wilson was a singer and drummer, but not a pianist. Sam's piano playing in the film was actually performed by Elliot Carpenter, who was placed where Wilson could see and imitate his hand movements. The only black people on the Casablanca set, Wilson and Carpenter became and remained friends.

Round Up the Usual Suspects: The Making of Casablanca—Bogart, Bergman and World War II; (1992) Aljean Harmetz, Hyperion, New York