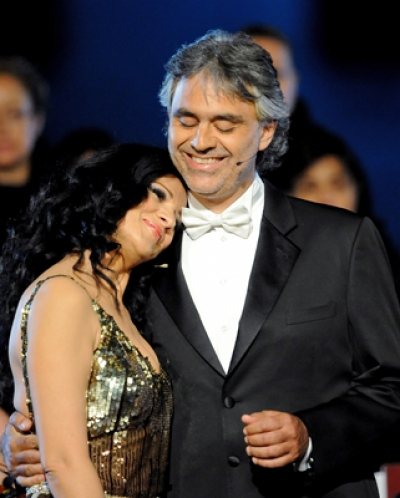 Angela Gheorghiu was born in a small town from Romania, Adjud. She is one of the most elegant, glamouros and taleted opera singer of our time. She went to a Music School in Bucharest and than she graduated the Music Academy. Thanks to her great teachers, her unic gift, the magnificent stage presence Angela Gheorghiu became am international superstar well known in the whole world.

1992 was a successful year: she made her debut at the Royal Oper House Covent Garden with La Boheme, in the Metropolitan Opera in New York and than in the Staatsoper in Vienna. In 1994 she sang La Traviata in the Convent Garden, the public was astonished and BBC cleared out the schedule to broadcast the opera. Since then Angela Gheorghiu was a constant presence on the stages from New York, London, Parsi, Vienna, Salzburg, Rome, Berlin, Seul, Tokyo, Athens, Monte Carlo, Los Angeles, Lisabon, Amsterdam, Barcelona, Madrid, Prague, Montreal, Moscow, Taipei, Sao Paolo and the list can go on. 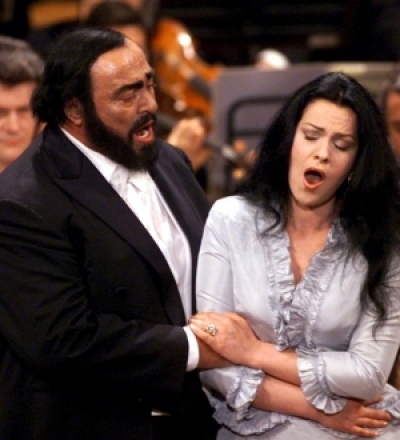 In 1995 she signed a contract with Decca and so she made several recordings. In 1998 she signed an exclusive contract with EMI Classics. All her CDs received many awards: Gramophone Awards, Diapason d’Or Awards, Choc du Monde de la Musique in France, Cecilia Prize in Belgium, Deutsche Schallplattenkritik-Preis in Germany, the Echo Award, the Italian Musica e dischi  Foreign Lyric Production Award, the USA Critics’ Award and many others. In 2001 Angela Gheorghiu received at the Classical Brit Award the prize Female Artist of the Year.

In 1999 the great singer took part in the “Michael Jackson and friend” concert in  Germany. She was very appreciated because her great voice and performance. All her concerts, recordings and her nowadays status ar the best proofs that Angela Gheorghiu, the beautiful talented woman, is one of the most beloved stars from the opera.

The Saint-Petersburg State Ballet on ice