Art Deco Chic collection at the Museum of Vancouver 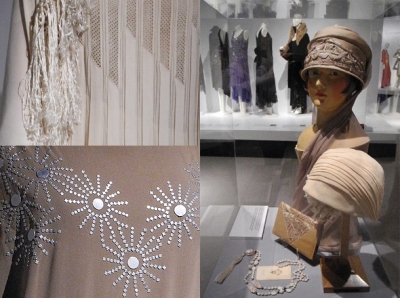 Art Deco is an eclectic artistic and design style that began in Paris in the 1920. It influenced all areas of design, including architecture and interior design, industrial design, fashion and jewelry, as well as the visual arts such as painting, graphic arts and film.

This style gained very fast popularity in the whole world. At its best, Art Deco represented elegance, glamour, functionality and modernity. The Marine Building from Vancouver is inspired from the geometry-inspired style of the Art Deco design.

The Art Deco style is also captured in the women’s fashion. The fine quality, the beauty, the extravagance and the glamour can be admired starting March 8, at the Museum of Vancouver. There will be represented some of the most important fashion designers in the world in the 1920s and 1930s.

Visitors will enjoy more than 66 garments on display in this exhibition. Notable Vancouver items include a black beaded gown worn to the opening of the Commodore Cabaret in 1929 and a red and gold lamé evening dress made from fabric depicting the battles of the Trojan War. Many items on show are exquisite designer dresses with labels such as Chanel, Lanvin, Vionnet, Patou and Schiaparelli.