0 Comments
Tweet
Fans of Harry Potter have a short time to wait until two new books set in the famous wizard's universe will be released, in October 2017, celebrating two decades since the publishing of the very first book of the series. Not only that, but the British Library will be the host of an interesting exhibition, "Harry Potter: A History of Magic", opened from October 20th 2017 till February 28nd 2018. It is bound to be a huge and exciting occasion for Harry Potter fans, no matter how old or young, of discovering things they might have not known about their favourite books.

The first title will be a coffee table book, titled "Harry Potter: A History of Magic - The Book of the Exhibition" and will not only be presenting several original drafts of the books, but will also present and explain several sections of the exhibition, as well as including some essays about the subject from important authors. The second book, also to be released in October, is "Harry Potter - A Journey Through A History of Magic", which will be a history of magic at it is taught at Hogwarts, the wizarding school, and will also present some items from the exhibition. Sadly, despite the hopes of the readers, there will be no new Harry Potter books written by J.K. Rowling, but who knows what the future might bring. Never say never. 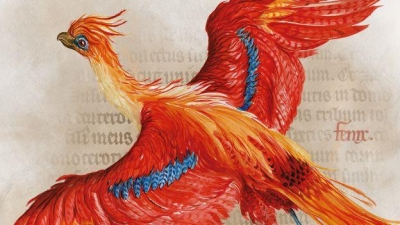