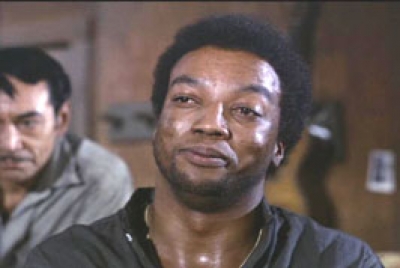 Born in Los Angeles, California, he first became well-known to audiences when he appeared for several years opposite Diahann Carroll on the groundbreaking television series Julia. He also starred as Martin Luther King, Jr. in the miniseries King. In 1972, he was nominated for the Academy Award for Best Actor for Sounder, being only the third African American to ever earn a nomination for this award.

Winfield also starred in more recent miniseries, including Roots: The Next Generation, Queen: The Story of an American Family and Scarlett.

Winfield gained many fans for several of his brief but memorable roles in science fiction TV programs and movies. He was Captain Clark Terrell, an unwitting minion of Khan Noonien Singh, in Star Trek II: The Wrath of Khan and a friendly but crusty cop partnered with Lance Henriksen in The Terminator. On the small screen, he appeared as General Richard Franklin, father of regular character Dr. Stephen Franklin, on Babylon 5 and as an alien captain who communicates in metaphor in the Star Trek: The Next Generation episode "Darmok." He also provided voices on the cartoons Spider Man, The Magic School Bus, Batman Beyond and The Simpsons, on the latter voicing the Don King parody Lucius Sweet.

Winfield died of a heart attack in 2004. At the time of his death, he was a narrator for the A&E show City Confidential. His long-time partner, architect Charles Gillan Jr. predeceased him.
Rate This