0 Comments
Tweet
1. Today it is one of the most populated countries in the world, as about 320 persons fit into a single square kilometre. It is also on second place when it comes to granting citizenship to immigrants, being surpased only by Canada. And if 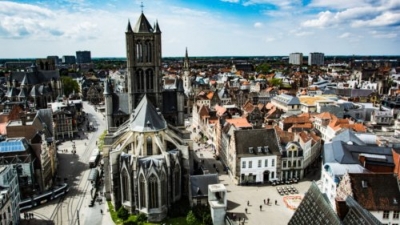 you plan to move here you should know that the country has no less than three official languages, that is Dutch, French, German. And it also has the most castles per square meter, some of these wonderfully preserved monuments, and all in all there are over 3000 of these.

2. If you are a fan of music festivals you will find several in Belgium, for all tastes and ages, ranging from the famous electronic festival Tomorrowland to Rock Werchter, Graspop, Couleur Cafe or Pukkelpop.

3. Do you know the Manneken Pis, the little statue of a boy which became a symbol and national landmark of Belgium? Well, you can see it in the centre of Brussels and what is more amusing - besides the fact that he is, well, pissing - is that you might find him wearing a costume, as he has an impressive wardrobe worthy of a pop star. And some will be reproductions of those wore by the likes of Michael Jackson or Elvis.

4. It was a few years ago that the country marked a strange, almost amusing Guiness World Record - it went for over five hundred days without a government. Actually Belgium took 541 days for it's politicians to finally manage to form a new government. Following the federal elections of June 2010 it seemed just a formality to have a new government, and yet it took as long for thing to fall into place. And yet the country and everything went on.

5. You should know that if you are a citizen you have to vote. It is more than a right, it is an obligation. Every Belgian has to vote, even if he lives abroad, otherwise he or she will pay a hefty fine.