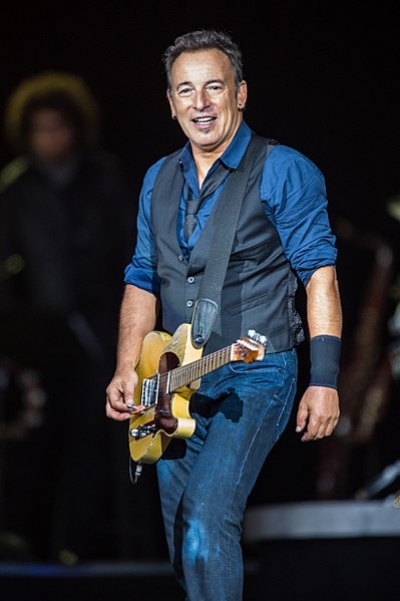 1. In the official video for Glory Days you can see both Bruce's first wife, Julianne Phillips, and his second and current wife, Patti Scialfa.

2. During decades of touring The Boss has played some of his most famous songs more than a thousand times, and it is by no means just a figure of speech. According to setlist.fm, by 2019 Born to Run was played live 1746 times, Badland 1214 times, Dancing in the Dark more than 1000 times (1018 to be exact) and the celebrated and controversial Born in the USA is close to the 1000 landmark, having been sung 989 during Springsteen concerts. While for some bands or famous artists even 100 concerts might be a little too much, for Bruce Springsteen 1000 seems to be a breeze, even if he has always lived every such experience with a frightening intensity.

3. He has some famous fans such as the former president Barack Obama. Joe Strummer from The Clash was also a huge fan.

4. Much of his 1987 album Tunnel of Love (an impressive body of work by all means, including some of his fans favourites) was inspired by the crisis of his marriage, when Springsteen and Julianne Phillips gradually drifted apart until it was too late to save anything. According to his bandmates at the time all the pressure and anger meant that sometimes Springsteen was very difficult and angry in the studio or on tour, often having real fits of rage for the most unimportant reasons. As The Boss himself later admited it was by all means a very difficult time, where he struggled with depression and anger management.

5. One of his songs, I'll Stand By You, could have been included on the soundtrack of the very first Harry Potter movies. Unfortunatelly it was rejected because the contractual stipulation with J.K. Rowling required that no commercial song, no matter who the composer was, could be used. Listening to it today it might have been a very good choice for the atmosphere of the movies, and The Boss himself was pretty pleased with it, although he said that as a "big ballad" was a little too uncharacteristic for him.
Rate This